It was our honour to invite honourable Mr. Ram Sharan Mahat and Mr. Prakash Man Singh as our chief guest.

Our Trust thanks all our participants who had participated in the program.

Democratic socialism is what we need

In this age of sweeping transformation and intense polarization, social democrats stand as the lamppost for the greatest possible reconciliation between liberty and equality

It has been a stormy world since the end of Cold War. A general atmosphere of euphoria has prevailed on the ‘end of history.’ As a torchbearer of democracy with the muscle of military, economic and technology power the US occupied the status of the sole superpower to govern world politics. Now one witnesses the surge of global disruption and opposition to globalization. Many democracies are developing affinity toward authoritarianism and the principles of democracy, human rights and rule of law have slid into the shaky ground. It is no secret that shrinking of the middle path held by social democrats has given rise to right-wing and left-wing populism and authoritarianism. This has considerably hobbled the basic foundations of democracy and momentary gains prevailed over the national objectives. If people feel abandoned at the time of their need and get tired with years of corruption, public rhetoric and theft of public funds, then the system loses their trust and solidarity.

How can we confront this unpleasant situation? What is the viable alternative? What could be the lasting alternative to populism, conservatism, radicalism, jihadist terrorism and religious fundamentalism?

Fair and just
Studies consistently show countries that follow democratic socialism would be socially fair and just.  Socialism is sometimes unfairly associated with communism. Any one portraying democratic socialism as a brand of socialism ‘as authoritarianism and communism’ is absurd. The talk of socialism without democratic pluralism is utopian and counterproductive. Socialism without democracy is a system of propaganda and only thrives in dehumanization of individuals. Communists and rightists defame and denigrate democracy and fundamental rights of people.  Democratic socialism never ever debases individual liberties.  It is a system of interconnected values that protects a culture, civilization and dignified way of living together with larger freedom in action. People are a priority in democratic socialism that goes deep down to people’s life, protects their rights, provides them equal opportunities and promotes social and economic equality and exceptionalism.

There was a wave of “arbitrary privatization” of even essential public services and entities in newly emerged democratic nations in 1990s like in developed countries where both states’ minimalism and markets’ maximalism were put against each other. Henrik Sass Larsen, leader of the Social Democratic Party in Denmark, in his book Exodus: A Roadmap for Center Left calls to focus on three major freedom projects: work, education and health. He argues center left parties must stand firm against crazy privatization. The “crazy privatization” put the state and people at the mercy of markets. This made essential public services largely inaccessible to the ordinary people. Increasing inequality and stagnating living standards are causing social unrest and violent conflicts in many parts of the world.

At a time when the world is undergoing a profound and complex changes, where geopolitics, geo-economics and geostrategic issues stand combined to present a complex and multifaceted set of challenges, the role of state becomes important to protect the people. The role of state has to be clearly defined and specified with the welfare of people in larger freedom.  As Harvard Professor Dani Rodrik observes: “Give the state too much of an upper hand over society, and you have despotism. Render the state weak vis-a-vis society, and you get anarchy.”

Liberalism under threat
Democracy is under assault. Liberal values are under threat. Neo-liberalism has induced a systemic crisis. Populists on both the left and right are developing affinity toward illiberalism, and authoritarianism in the name of decisive leadership. Authoritarians are arguing that democracy has run its course. They remain engaged with far right and the radical left and anti-establishment to weaken democratic systems to sow divisions in societies.  These are the challenges that democracy and democrats are confronting today. BP Koirala foresaw the incoming trends of populism in the 1970s and said, ‘I do not propose to say or do anything which I think is not correct, even if it is popular. If democracy has to be saved, we cannot afford to give in to populism. To save democracy we may at times have to take unpopular decisions and make the people accept them.”

Raghuram Rajan, former governor of India’s central bank and now professor at Chicago University, who has excessively dealt on social and economic consequences of globalization and their ultimate effect on politics, argues in his book The Third Pillar: How Markets and the state Leave Community Behind that all economics is socio-economics, and all markets are embedded in the web of human relations, values and norms. Rajan talks of three pillars that support society—the state, markets and the community. The third pillar—community—is ignored and weakening. Rajan suggests embracing ‘what is near- the community-rather the one what is far,” and preserving balancing not just between state and markets, but also between these two and the community. He argues that “inclusive localism” will strengthen the power and vibrancy of local communities as an antidote to growing despair and unrest, confusion and mess.

It is time to look back and take inspiration, learn lessons from history where necessary.  The field of social democracy remains fertile. Willy Brandt was the first statesman in Europe to invent the notion of ostpolitik to fight for internationalism. He worked to relax tension between the West and the East that led to the end of the Cold War and the collapse of the Iron Curtain. He committed himself of a single Europe and a unified Germany. His book North-South: A program for Survival continues to be a guideline for third world development and cooperation.

Addressing Asia Pacific Socialists meet in Sydney in February 1981, BP Koirala said “democratic socialism is the wave of the future. Socialism is the natural ally of the Third World and non-aligned.” He said, “without the anchorage of socialism, countries drift either to fascist militarism or to dictatorial communism or obscurantist reactionary religious fundamentalism.”  What is happening today from oldest democracies to emerging democracies stands as a testimony to the statement. At a time when the rule of law, separation of powers, judicial independence, and pluralism are all in grave danger, social democratic parties face the huge tasks to come out with social democratic answers in the 21st century, and make democracy respected, inclusive, sustainable and equitable.

Democratic socialism combining democratic, social values, social cohesion, social growth, social equality, social justice and individual freedom with one another works to defend liberal values, ensure justice to the helpless and income to the poor. It provides an enduring alternative to emerging axis of authoritarianism and strongman theory.  Democratic socialism premised on four pillars—freedom, equality, solidarity and positive peace—stands as glue, hope and alternative to hold them together and work to realize ‘sustainable development goals’ also known as social democratic goals within an overall framework of multilateralism in larger freedom. Social democrats should remain constantly vigilant for restoring the middle path holding liberal values at the center and working tirelessly to address today’s survival issues and long-term challenges.

Progressive, socialist and democratic parties need a convincing, plausible and attractive program each combined for actions to regain shrinking middle space and earn back their relevance. Such a strategy should focus on realizing basic public goods such as security, rule of law, education, health, environment and culture to viable social policy, equality, international trade and fiscal policy, and means to cope with transnational threats. In this age of sweeping transformation, intense polarization, growing intolerance, spreading political fragmentation around the globe today, social democrats stand as the lamppost for greatest possible reconciliation between liberty and equality.

Critical appraisal of B.P. Koirala’s literary journey program in Dallas, USA was successfully held on 21 July, 2019. Our Trust’s board member and well known academician Dr. Gyanu Pandey was invited as chief guest during the program.

For the first time in Dallas, around 20 papers regarding B.P. Koirala had been presented in the program successfully. Our trust congratulates the whole team for organizing such a historic program and would like to co-operate in future as well.

It’s our honour to invite Mr. Ram Baran Yadav (Former President) as chief guest. The award will be distributed by our chief guest. Program will start after 1 p.m. in Amrapali Banquet, Baluwatar Road.

It was our honour to invite Mr. Ram Chandra Poudel (Senior NC leader) as chief guest and Mr. Indra Baniya (District President of NC and member of provincial state 3 assembly) as guest of honour. We were glad to warmly welcome all of our guest in the program. The program had started after 11 a.m. in Hotel Samana.

It’s our honour to invite Mr. Ram Chandra Poudel (Senior NC leader) as chief guest and Mr. Indra Baniya (District President of NC and member of provincial state 3 assembly) as guest of honour. The program will start after 11 a.m. in Hotel Samana. 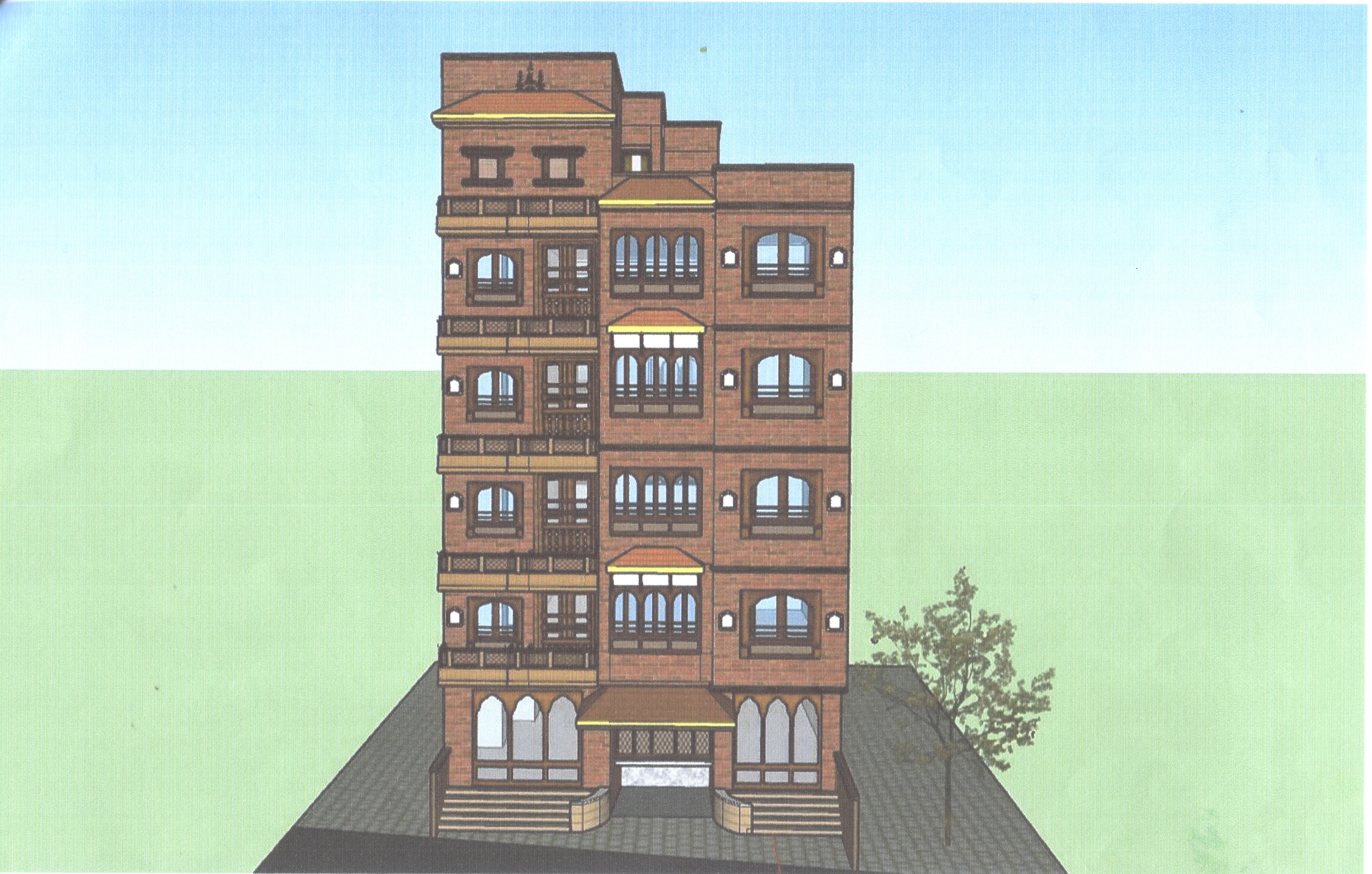 This is how democracies die